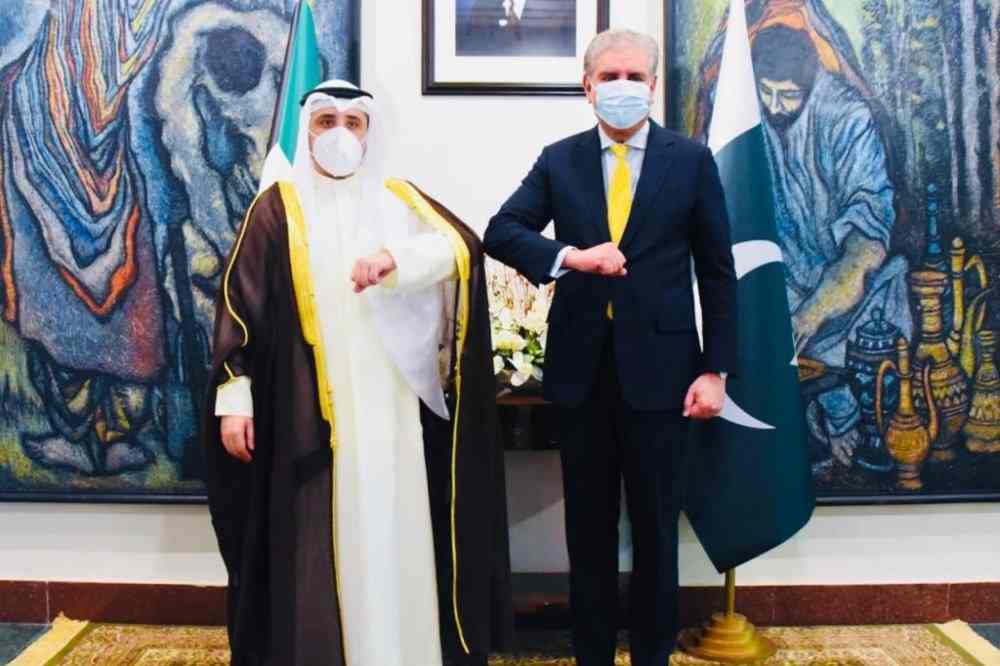 Foreign Minister Shah Mehmood Qureshi stated that Pakistan and Kuwait have discussed the expansion of cooperation in various fields, the two countries have set a roadmap and targets for the future, and progress has been made in visa matters.

Talking to the media along with Kuwaiti Foreign Minister Sheikh Dr. Ahmed Nasr Al-Muhammad Al-Sabah at Foreign Office Islamabad, the Foreign Minister said that Kuwait has agreed to invite more doctors and nurses from Pakistan for employment.

Shah Mehmood Qureshi said that we will help each other in many fields.

On this occasion, the Kuwaiti Foreign Minister said that we understand that Corona poses a threat to food security not only in Kuwait but also in the world. We talked about cooperation on food security.

The Kuwaiti Foreign Minister said that we have deep ties with Pakistan and the top leadership of Kuwait has assured serious consideration to the visa issue and serious efforts to resolve it.

During a meeting with Prime Minister Imran Khan, the Kuwaiti foreign minister identified education, economy, trade and investment, and people-to-people linkages as priority areas in which his country intended to intensify cooperation with Pakistan.