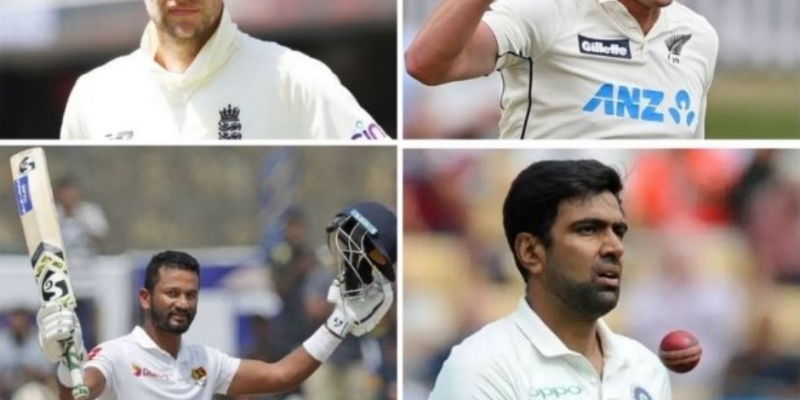 The International Cricket Board (ICC) nominates several players for the award of ICC Player of the Year in Test, T20I, and ODI Cricket. The nomination of players for each Cricket Format is based on the Individual Player Performance in that specific Format. Recently ICC has announced the nominees for the award of ICC Men’s Test Player of the Year (2021).

Nominees of ICC Test Player 2021 are:

Joe Root – Stats and Performances in the Year 2021

English Batter Joe Root is Nominated for ICC Test Player for 2021 because of his following Batting Stats:

With the Seven Centuries, Joe Root is one of the most favorite contestants for ICC Player of the Test 2021. Joe Roots scored 1708 in a year, and he became part of Elite Cricketers who had the most scores in the year, along with Sir Viv Richards and Pakistani Batting Masterclass Muhammad Yusaf.

Kiwi Bowler Kyle Jamieson is over 6 feet Tall Right Handed Fast Bowler. He is regarded as one of the emerging Fast Bowlers in the world. ICC nominated him for his exceptional performance in his 5 test matches.

Although the Sri Lankan team did not do well in Cricket in 2021, batter Dimuth Karunaratne earned recognition and fame through his Outstanding Batting Stats. Dimuth is Yung Talented Batter from Srilanka, and so far in this year, he has the following stats:

Ravichandran Ashwin – Stats and Performances in the Year 2021

Right Arm-Spinner Ashwin is a Senior Indian Player with many records in his career. Ashwin is nominated in the ICC Player of the Year List for his impressive performances in 2021’s Test games.