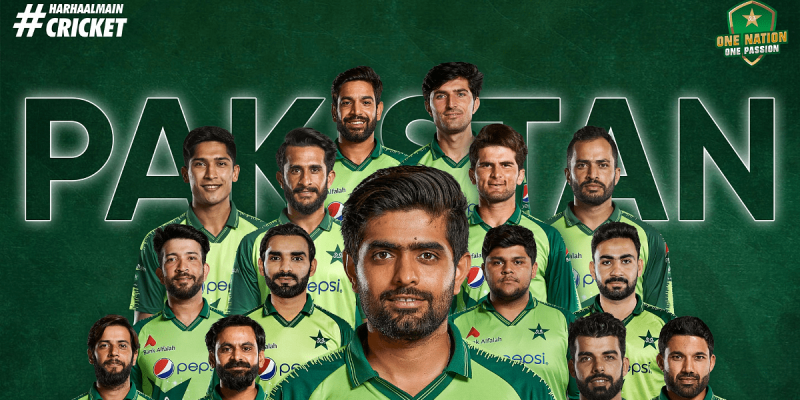 COVID-19 has impacted all sectors of Daily Life; its emergence highly deteriorated Sports Activities. ICC intended to hold the ICC T20 World Cup in 2020 in India, but the expansion of CoVID Pandemic strongly affected India, which resulted in one year delay and then rescheduling the tournament in the United Arab Emirates from October 17 to November 14. Sixteen (16) teams are contesting for the ICC T20 World Cup. Pakistan is one of the strongest teams in the World T20 Cup. Recently, Pakistan Cricket Board (PCB) has announced the Pakistan Squad for the T20 World cup. The Squad will remain the same for Pakistan vs. New Zealand T20 Series and Pakistan vs. England T20 series scheduled in Lahore and Rawalpindi.

After consultation with concerned people, captain, authorities, Chief Selector of Pakistan Cricket Board, Muhammad Waseem has announced the 15-Men Squad for the upcoming T20 World cup scheduled in the United Arab Emirates.

Azam Khan, Asif Ali, and Khushdil Shah are surprisingly included in the Pakistan T20 world Cup Squad, being criticized on social media. All three have not played any remarkable innings for Pakistan in the Past.

Pakistani T10 Squad has received mixed reviews from the General Public. The inclusion of Out-of-Form Players like Asif, Azam, and Khusdil is being criticized over Social Media. On the other hand, Fans are disputing and opposing the exclusion of Senior-Most Pakistani Players, i.e., Sarfraz, Wahab, and Shoaib Malik.

Suzuki Cultus 2021 – All Variants, Specification Features and Price in Pakistan.