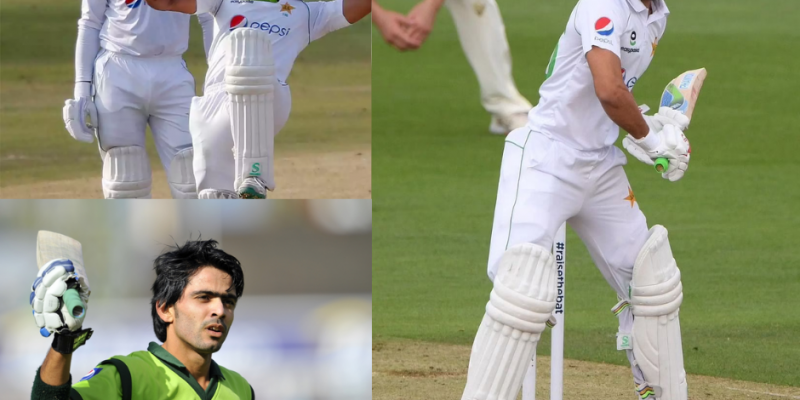 Left Handed Defensive Middle Order Batter Fawad Alam is one of the finest Pakistani Test and One Day Match Batter. Not only a superb Cricketer, but Fawad also steeped into the Pakistani Drama Industry with his Romantic Drama Khudkush Muhabat. Fawad Alam’s Cricket Career is full of ups and downs. Deputed at the age of 17, in 2007, but then dropped for ten years, in 2010. Alam was then selected for the Pakistan National Team, and his outstanding performances after his Comeback questioned the Selection Committee’s negligence and hypocrisy.

Fawad Alam started playing cricket in his childhood and made a first-class appearance during the mid-2000s. Alam was called for international matches in 2007 and then played several games in 2010. Fawad’s background in Karachi is why he dropped from National Eleven. Although Fawad has many records in Pakistan’s First Class Cricket, he occasionally was selected. Later in 2014, Alam played ODI matches in Asia Cup and then dropped out again. In 2019, Fawad was given a chance to play a Test Match after a gap of ten years. After his latest Comeback, Fawad has smooth Average and Exceptional Batting Performance. In fact, Fawad is a motivation and role model for other cricketers.

After his Comeback, Fawad’s Batting style is changed, and his batting strength is much more perfect! He has performed vital Innings furnished with Centuries against Zimbabwe, South Africa, and Srilanka. Fawad’s Comeback is the result of his worldwide support, which came from Cricket Analysts, Commentators, and Experts. Australian Commentator and Sports Journalist Dennis Freidman is a big supporter of Alam, and he supported his selection through his Social Media Channels.

When Fawad was not given a chance to play in Pakistan’s National Team, he tried his luck in the Pakistani Drama Industry and performed the lead role in Khudksuh Muhabat.

Top 10 Places to Visit in Punjab