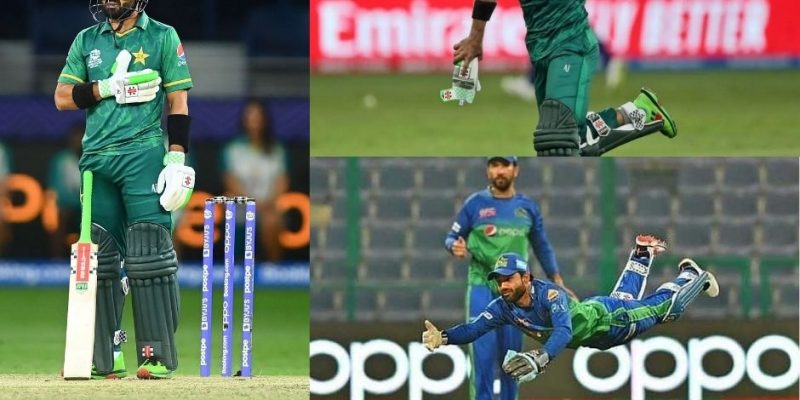 In addition to being named the Pakistan Cricket Board’s Most Valuable Cricketer of the Year and receiving multiple other awards, Multan Sultan’s WicketKeeper Batter and Skipper had won the award for “ICC Men’s T20 Cricketer of the Year”. 2021 was a lucky charm for Rizwan where he started his new life in Cricket after being rejected in the International & franchise Circuit for a long time. He became the skipper of the most expensive franchise in the PSL and won the title for Multan. With Skipper Babar Azam, Rizwan put off many remarkable partnerships, and he scored a century against South Africa, which placed him among the three elites to score a T20 century for Pakistan.

Why Muhammad Rizwan won the ICC Award – His achievements, Records and Memorale innings of 2021

Hardworking, Consistent, Team Player, Enthusiastic Muhammad Rizwan has made everyone his fan by his Top Class On-Field and Off-Field Performances. A Practising Muslim, Muhamad Rizwan is seen praying during the Matches in Ground during Matches; he never misses his Prayers. Mathew Hayden, a Coach of the Pakistan Cricket team during ICC T20 Cricket World Cup, is highly influenced by the character of Muhammad Rizwan.

While talking about Rizwan’s Cricket during 2021, he scored 1326 in 29 T20I Matches for Pakistan and caught 24 catches behind the Wicket. Rizwan’s memorable knock was in the Arch-rivalry Match of Pakistan vs India. He put off the descent and unbeatable 77 scores on 59 balls with the help of 3 skyscraper sixes and six boundaries. Here is the breakdown of Rizwan’s 2021 Performance & Achievements;

Muhammad Rizwan thanked his fans and supporters for supporting him. Adding that all success comes only from Allah Almighty. On the other hand, Pakistan Cricket Board, Chairman PCB Ramiz Raja, his fellow cricketers, Cricket Legends, Multan Sultans, and ICC praised and appreciated Muhammad Rizwan’s Performance in Calendar Year 2021.