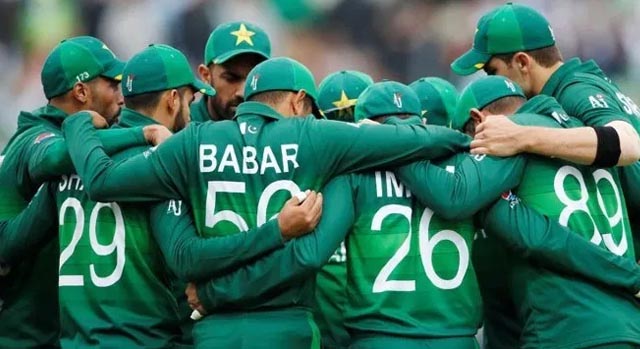 Continuous failures of the national cricket team will management be held responsible?

“I am not the only reason of Continuous failures of the national cricket team,” he said. I hope the readers know my heart condition well and have blessed the coaches of the national team without saying a word.

In my previous blog, I took a look at the shortcomings of batting in the national team’s defeat against New Zealand, in which the personal performance of the players as well as the team selection was discussed. Today, the performance of the coaches, including the bowling department, will be discussed, but before that, the head coach of the national team, Misbah-ul-Haq, speaks at yesterday’s press conference.

Misbah-ul-Haq’s statement “I am apologizing and not making excuses, but openly admitting defeat” is beyond comprehension. Coach, do you have any choice but to admit defeat? You do not even have the capacity to say under the Constitution of ’73 that the hand of space creatures is behind this defeat. Therefore, instead of making such statements after a humiliating defeat, hold yourself accountable, before you be held accountable, which was temporarily avoided by the PCB by saying, The news is baseless. ” But this does not mean that you have been released, but now that you are on the radar and the Test series against South Africa can decide your future.

“The status in the team against Ken Williamson is the same as in the national team of Babar Azam,” the coach said, attributing the injury to star batsman Babar Azam. There is no doubt that Babar Azam is the backbone of the national team’s batting line-up but it does not mean that the absence of a single player will stop or end Pakistan cricket. Ken Williamson was not available for New Zealand in the first T20 but the Kiwis easily defeated Pakistan. If such a statement was to be made, what was the purpose of going to New Zealand with an army of 41 people? Shouldn’t veterans Sohail Khan and Imran Butt have been given a chance by sitting out Haris Sohail and Naseem Shah after losing the first Test? Well, now is not the time to talk about it, but you need to look at your decisions.

After this worst defeat, Misbah, like the head coaches of the past, cannot say that the players we named were not available to us. Misbah was the “One Man Army” chief selector and head coach during the visit, but the logic of making such statements is still not understood. If you only make these statements after taking on so many responsibilities and huge salaries. “There were problems with not training for the first 18 to 20 days”, “The New Zealand team was better than us in all three areas”. So, was the team management killing mosquitoes? Give people a chance to work on their position and merit so that our team can be better in every field. On such an important tour, at least do not take with you such international players who will perform worse than club cricketers by not training for 20 days.

After these explanatory statements of the head coach, I may have thought that during the tour of New Zealand, these players had been locked in their rooms for 20 days and had seen something in their mobile which weakened the eyesight of every player and they could not see the big ball. Or the habit of staying in the room and catching “ Kookaburra” was gone.

How can I ignore the statement of Lahore Qalandars head coach Aqib Javed about our coaches, in which he criticized Misbah-ul-Haq and Waqar Younis and said, “No school coach should appoint Misbah.” “Waqar Younis is definitely a good commentator but not a coach and he is only seen coaching Pakistan.” I think the Pakistan Cricket Committee and the PCB need to seriously consider this statement, because there is no doubt that Misbah-ul-Haq’s example is like that of the female teachers of our private school, who are there after matriculating from the same school but as a teacher she takes on responsibilities, but parents know everything and hope for a bright future for their children from these private schools.