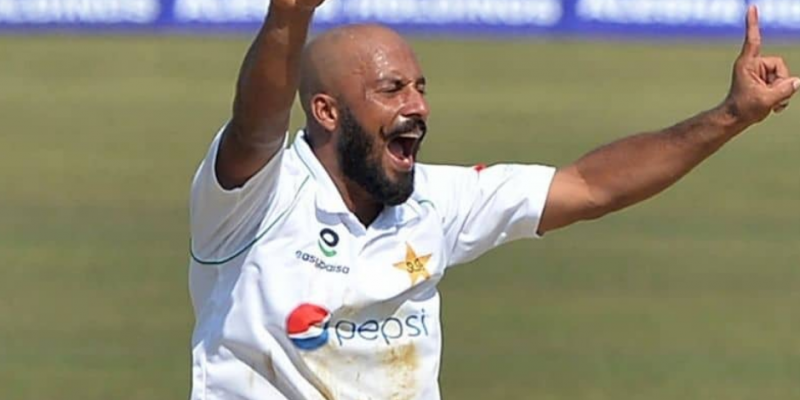 Right Arm Off Break Bowler Sajid Khan is a Pakistani Test Cricketer. In the second Test against Bangladesh, Sajid Khan received immense fame for his destructive spell. Khan belongs to Khyber Pakhtunkhwa (KPK); he was born and raised in Peshawer. Cricketer Sajid Khan started his career from Peshawer and represented the Khyber Pakhtunkhwa team in the domestic cricket of Pakistan.

He was born in September 1993 and currently Sajid Khan’s age is 28.

Khan is the Right-handed Tailender Batter of Pakistan.

Sajid Khan bowls with the Right Arm and Delivers off-break bowls. Khan is in Category of bowling all-rounder.

Sajid Khan developed an interest in cricket when he was in school. Later, Sajid Khan was picked up by the Peshawar Region’s Team and then played First Class Cricket in Pakistan with several teams. He played for Khyber Pakhtunkhwa’s team in Quaid e Azam’s Trophy.

In 2019, Sajid Khan was picked by PCB‘s Selection Committee for Pakistan vs. Zimbabwe Test Series, hosted by Zimbabwe. Sajid was not impressive on his debut tour. Later, Sajid Khan was again called for National Duty and included in Pakistan’s squad for Bangladesh’s Tour. During the Pak vs. Ban Test series, spinner Sajid Khan emerged as a Talented Wicket Taker and Match Winner Player. In the 2nd Pak vs. Ban T20, Sajid made a record by taking 8 wickets in the 1st Innings and then 4 in the 2nd Innings. With this Performance, Sajid got included in the List of Bowlers who had taken 10-Wicket hauls; he also received Player of the Match Awards for his match-winning knock. Sajid Khan took 16 wickets in 2 Tests against Bangladesh.