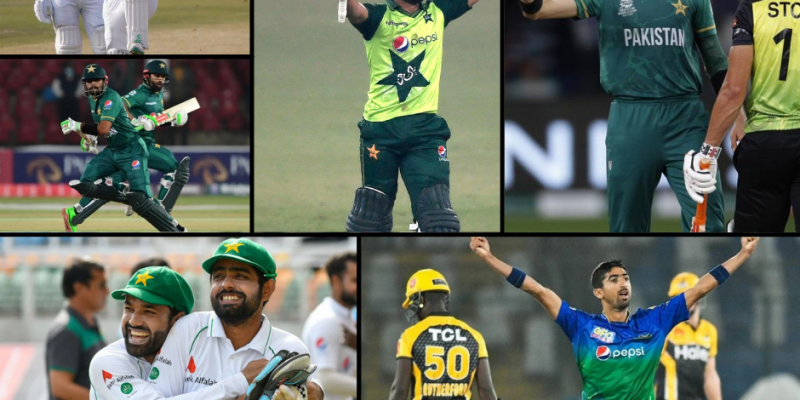 Every year PCB honours Pakistani Cricket Players with Different Awards to acknowledge their services to Cricket. These awards are awarded to Top Performers according to the Categories.  This Year, PCB has announced PCB Awards in the Eight Different Categories. Categories are:

Nominations of Players in these Categories are made after consultation with Umpires, National and International Cricket Experts. Winners will be decided in a Virtual show and the results will be announced on PCB’s Youtube and Facebook Page. Chairman PCB Ramiz Raja will be the Chief Guest at PCB’s Award Ceremony (Not Confirmed from PCB Officials yet). Categories-wise Shortlisted Players are:

T20I Cricketer of the Year

In 2021, Pakistani Players excelled in every sector of the T20 International Games. Among top T20I Players in 2021, Shaheen Shah Afridi, Run Machine Rizwan, Fast Bowler Haris Rauf and Skipper and FInest Pakistani Batter Babar Azam are nominated for the PCB T20U Cricketer of the Year Awards.

Shortlisted Players for T20 Cricketer and their Stats;

ODI Cricketer of the Year

In 2021, Due to ICC T20 Cricket World Cup, Not many ODI Matches were played. In a few Played ODI Matches, the following players have been shortlisted for PCB ODI Cricketer of the YEar AWards;

Test Cricketer of the Year

Based on 9 Test Matches, the following Test Players are nominated for Pakistan Cricket Board’s Test Cricketer of 2021. Of Four nominations, Abid Ali scored 695, Fawad Alam scored 571 runs, Shaheen took 47 wickets, and Hassan Ali took 41. Unfortunately, none of the following Cricketers are nominated for ICC Test Cricketer of the Year Awards, for which ICC is being strongly criticized.

Domestic Cricketer of the Year

While coming to Domestic Cricket of Pakistan, the following Cricketers are shortlisted on the basis of their performance in Quaid e Azam Trophy, Pakistan Cup, National T20 Cup.

Emerging Cricketer of the Year

Women’s Cricketer of the Year

Impactful Performance of the Year

Most Valuable Cricketer of 2021

In the Category of Pakistan Cricket Board 2021’s Most Valuable Cricketers, the following players are nominated;