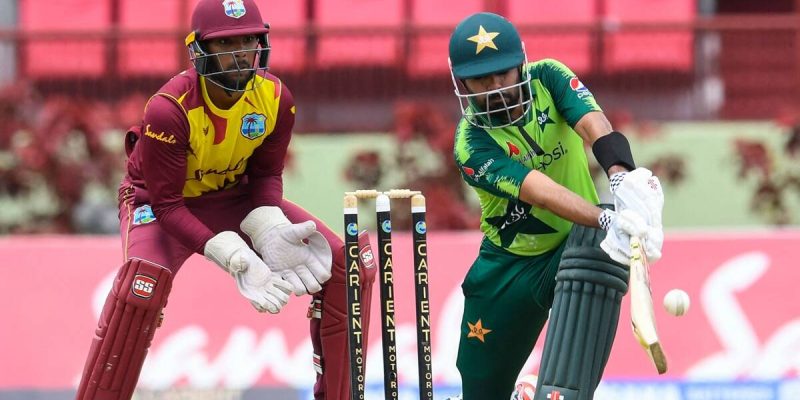 After the withdrawal of Newzeland from Pakistan’s Tour, the Pakistan Cricket Board never lost hope and called West Indies Board to schedule the tour as per Schedule. So, after the Pak vs Bangladesh Series, Pakistan’s next assignment will be to face Windies on their Home Ground.

As per PCB & Cricket West Indies, Pakistan and West Indies Cricket Team will play Three One Day and Three T20 Matches. All matches will be played at National Stadium Karachi and, as per NCOC, allowed crowd attendance will be 100%. COVID Protocols and Policies will be followed in Team Hotels, Stadium, and related areas.

Pakistan and WI will play three test matches at different venues. Here is the Schedule of Test Matches.

Here is the Schedule of One-Day International Matches.

For Live Score of Pakistan vs. West Indes ODI and T20 Matches, go to the websites of espncricinfo.com, cricbuzz.com, cricketpaksitan.pk . To get updates, Live Scores and Live Streaming of PAK vs WI, Follow above links.

Live matches between Pakistan and West Indies will be broadcast across the World. Following channels will show Live Pak vs WI;

Following West, Indian Squads are announced by Cricket West Indies (CWC). Shai Hope will lead the West Indian ODI Squad, and Nicholas Pooran will captain the West Indian T20I Squad after Kerin Pollard was ruled out for the tour due to injury.

Pakistan’s Squad against the West Indies

Pakistan Cricket Board has announced the following ODI and T20 Squad for the upcoming PAK vs WI Series.

According to the Statement released by PCB, ICC’s Elite Panel Pakistani Umpire Aleem Dar will perform as On-Field Umpire along with Asif Yaqoob Rashid Riaz and Ahsan Raza. List of official(s) is presented here;